The ISC (International Supercomputing Conference) Student Cluster Competition once again cements its reputation as the place where LINPACK records go to fall. Last week we saw not one, but two teams top the current 12.03 TFLOPS record that was established at the ASC16 spring competition. 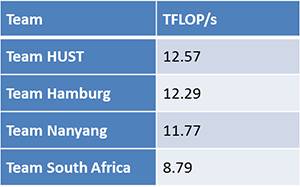 Team HUST, from the Huazhong University of Science and Technology, set the new high-water mark with their HPL score of 12.57 TFLOPS. The team was running a four-node, 112-core cluster with eight Nvidia K80 accelerators. This award is icing on the cake for Team HUST, coming on the heels of their ASC16 win last spring.

In what many may see as a surprise, home team Hamburg nailed down a very close second place finish with 12.29 TFLOPS – just a few FLOPS behind the winner. They achieved this with their two-node, 56-core, eight-K80 configuration – complete with a custom wooden rack.

Putting this into historical context, we see a near linear progression of high scores starting at SC13. 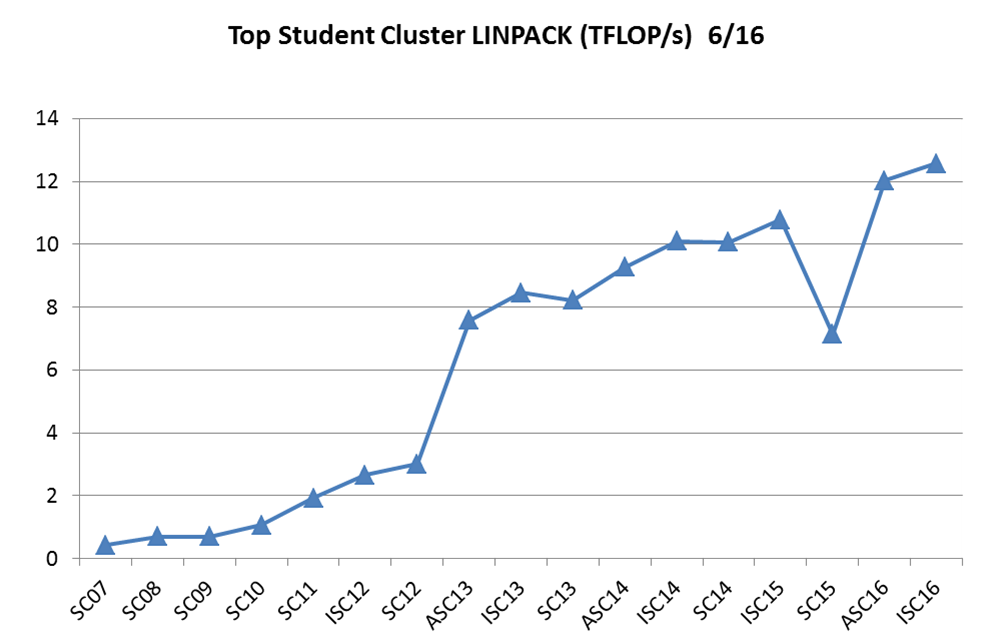 The big aberration was at SC15, when none of the teams were using GPUs and the top HPL score tumbled back below the ASC13 record.

In our next report, we’re going to take a closer look at the mystery apps this year, and then, the final results. Stay tuned.