The SC Student Cluster Competition (SCC) has seen university teams from around the world vying to prove their cluster competence. But this year has been marked by a number of firsts, including the first team composed entirely of high school students. The Skyline High School Eagles, located in Salt Lake City, entered the LittleFe Division of the SCC and competed against three teams of older and more experienced university students.

Over the course of this two-day marathon competition, the teams had to solve a 10,000-city Traveling Salesman problem. In this problem, the teams are given data sets containing 10,000 locations (or cities) and the distance between each. The task is to figure out a route that visits each city only once while minimizing distance traveled, and returns the salesman to his starting location.

Teams received points for the amount of time they were ahead of the others in computing the best solution for each data set. New data sets were released every few hours, giving competitors a fresh problem to attack and the potential to make a game-changing breakthrough.

While some of the data sets were random or semi-random 3D clouds, SCC Co-Chair Peter Molnar mixed it up by adding some unique twists and turns. Here are a few examples of his most creative efforts: 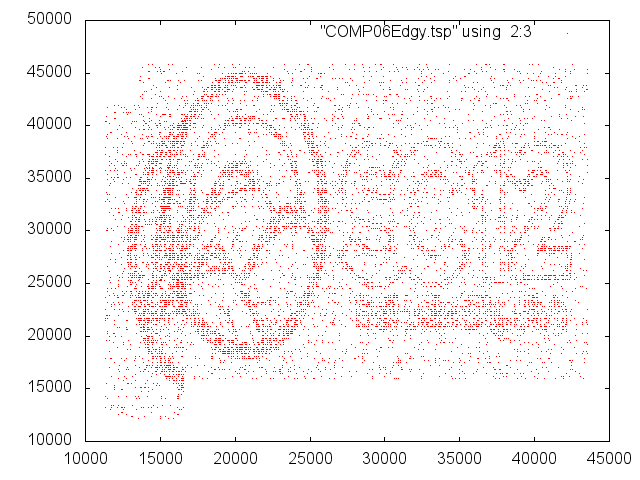 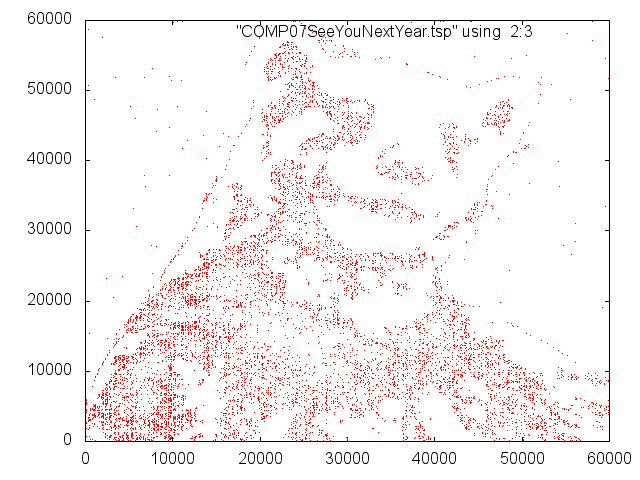 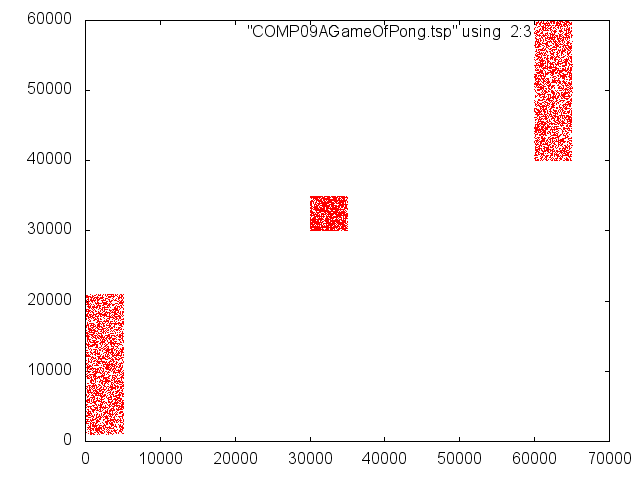 Team Skyline took what I think is an unconventional approach. Rather than test a set of algorithms and select one to attack the problem, they decided to go with their own homegrown algorithm. It was a bold and aggressive move for sure, but ultimately unsuccessful. They tended to trail the field throughout the competition but carried on, optimizing their routines on the fly and continuing to run the race. Finally, on the last data set, they had a shining moment.

It happened on this data set, titled ‘waytoregular’: 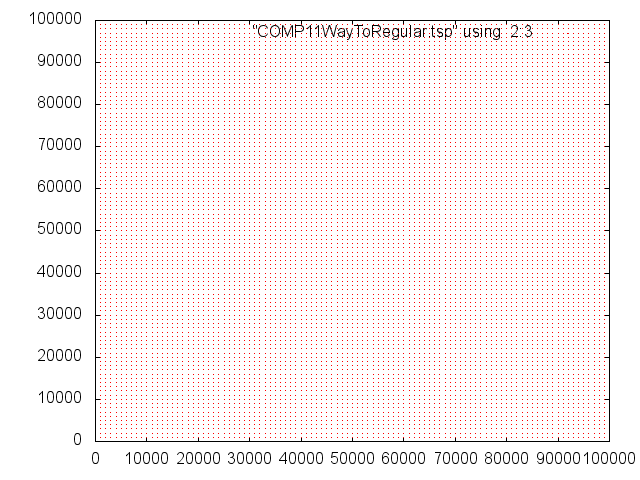 This is just a set of evenly spaced points on a grid. Each point is equidistant from its nearest neighbor. This is the simplest grid pattern possible, and there was something about it that the Skyline algorithm really liked. While the other competitors’ routines couldn’t seem to catch on, Skyline’s was solving it quickly and efficiently – moving them from fourth to second to an eventual first-place finish on this data set.

The video captures their reactions as they watched their system edge ahead of the others, and it’s fun to see. This outstanding performance on a single data set wasn’t enough to move them up in the overall standings, but it was certainly enough to justify a honorable mention at the awards ceremony recognizing the achievement.

And next… Here’s a look at Team Slippery Rock during the last day of the LittleFe battle. It’s clear in the video that the Slippery Rock students aren’t exactly thrilled with being interrupted on the final day of the fight. They’re mostly just tolerating my clumsy and overly-familiar banter. I can’t blame them much; I can barely tolerate myself most of the time and can only imagine how tedious and cringe-inducing this must have been.

They soldier through my efforts to be fun and interesting much the way a stoic would endure a bad case of the flu. Halfway through the two-minute video, one of the team members figures I’ll go away quicker if he tells me something, so he discusses some of the challenges they faced in the competition and how they handled them. It worked brilliantly.

Banter aside, Team Slippery Rock did a great job in the competition. They didn’t win it all, but they turned in the best interview with the judges, meaning they did the best job at explaining the problem and their approach to ferreting out a solution.