China was solidly represented at the ISC’14 Student Cluster Competition in Leipzig, sending three teams to compete for the legendary Kluster Kup (which isn’t a real thing). Two of the teams fought their way through the Asian Student Supercomputer Challenge (ASC14), topping ten other Chinese university teams to get their tickets punched for the Leipzig bout.

Team Shanghai was the overall winner of the ASC14 competition, and is truly a formidable and confident team. And why not? They handily beat the entire field at ASC14, and the system they’re using in this competition is somewhat more powerful (with eight NVIDIA K40s vs. eight K20s).

By taking home the ASC14 cluster crown (plus a chunk of prize money), Team Shanghai proved they can learn and tune HPC applications well enough to defeat much more experienced teams. They also showed they know how to ride the power line, meaning they keep their system just under the 3,000 watt power cap. 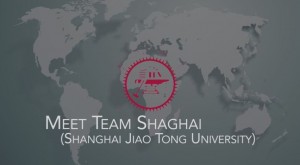 In the video, we chitchat about the team and how they see their chances at ISC’14.

Team Tsinghua was the second place Chinese team at ASC14. This is one of the strongest and most experienced teams in the competition, and ISC’14 marks their fourth major international competition.

They have an enviable record, having taken the Overall Champion award in two out of three of their previous competitions (ISC’12 and ASC13). Tsinghua is unusual in another respect; they’re one of only two teams (the other is Team Hamburg) using traditional cluster configurations – meaning no accelerators.

The team understands that this puts them at a disadvantage on the LINPACK portion of the competition, but they believe that their application and system tuning prowess gives them a chance of scoring high on the HPC apps. 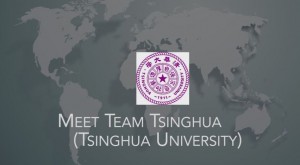 Unfortunately, I had a sound malfunction in recording the interview with the team. The audio sounds either like Yoko Ono belting out her greatest hits in concert or a camel going through an industrial metal shredder. (Highly calibrated audio equipment is needed to differentiate between the two.)

So the video link is a look at the team, plus my mea culpa, accompanied by some nice Asia-inspired music.

Team USTC: Rounding out China’s slate of cluster competitors is Team USTC (University of Science & Technology of China). This is the first time USTC has sent a team to a major cluster competition, and they’re quite the team. I’ve seldom seen such a happy and perky bunch (as you’ll see in the accompanying video).

Team USTC is loaded for bear when it comes to hardware. Sugon provided the team with a 10-node cluster that includes 240 CPU cores, 1.28 TB of memory, and eight NVIDIA K40 accelerators. This is one of the largest configurations in the competition, putting them in second for number of nodes, cores, memory, and GPUs. It’s definitely a configuration to be reckoned with.

Although the team is unrelentingly cheerful, their performance in the competition proves that they’re all business when it comes to the business of winning cluster competitions, as we’ll see. 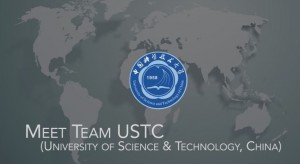 A random note: the USTC team has the greatest height range of any cluster team to date. I had thought this record was Colorado’s forever when they fielded several teams with a seven-foot-plus system jockey. However, USTC ‘s team has two six-foot-plus players along with a diminutive female member who is somewhat under the five-foot mark. I don’t know if this has an impact on the competition, but it’s probably something I should track from here on out just in case, right?