Welcome to the second batch of video profiles of the sixteen university teams competing for supercomputing glory at the ASC14 Student Cluster Competition.

China’s NUDT (National University of Defense Technology) is another team that could take home the ASC14 cluster crown and cash. (There’s no real crown, but there is a nice pile of cash waiting for the winning teams – see here for details.)

NUDT has earned a solid reputation in these competitions over the years. They’ve finished second at two ASC events and also at SC11. They’ve also taken home the highest LINPACK award at ISC’12 and SC12. But this year, NUDT is setting their sights higher. 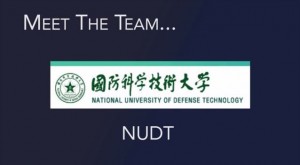 In the video interview, we talk about how the team is focusing much more on the applications this year. We also talk about their cluster, using GPUs, and how they tuned the apps and their system to kick out the HPC jams.

Team Brazil (University of Sao Paulo), is the first team from Brazil, and South America, to compete in a major cluster competition. In the video, we learn about the profound impact that Infiniband has had on the students (“We drank toasts!”) and their system configuration.

When we’re interviewing them, the team is having problems with getting their system running efficiently (or at all). It’s typical for first-time teams to face these types of problems at the event. 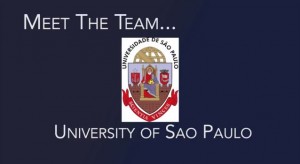 Even though they’ve devoted months to learning how to run these applications on their systems at home, it’s always different on the road. In this case, the team is using their competition system for the very first time, and it’s definitely a new experience. Some of it is great, like The Miracle That Is Infiniband, while other surprises – like not getting an app to compile – aren’t so great.

But they’re working hard and will definitely cross the finish line, even if not in first place.

University of Huazhong (HUST) hails from the Wuhan province in China. According to our interpreter Claire, Wuhan “is an ok province,” which is good enough for me. This isn’t HUST’s first cluster rodeo; they won the BSDE Optimization at ASC13 and took the LINPACK award at ISC’13. 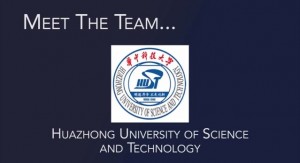 According to the team, it’s been fairly smooth sailing so far at ASC14. While they’ve run into some problems, they aren’t anything to sweat over. In fact, the team seems to be pretty confident in their chances as we talk to them in the video. We’ll see what happens.

The last team in this batch of profiles is Zhejiang University. This is their first cluster competition, and they’re pushing hard to get everything running. They have one of the larger clusters, with 10 nodes, but no accelerators – definitely an old-school approach. 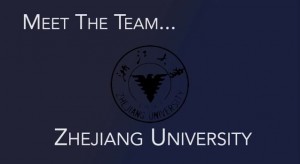 As the student tells me, they might actually try to run even more nodes, but they’re not sure how that will work with the 3,000-watt power cap. In closing, both team members in our interview agree that our interpreter Claire is “cute” and “very pretty,” so they’ve ensured themselves accurate translations from here on in.

In our next installment, we talk to teams from Shanghai, Singapore, Hungary (yes, Hungary), and visit with the home team, Sun Yat-Sen.