My interview with Team Taiyuan (Taiyuan University of Technology) highlights my absolute inability to pronounce many words, including the name of their university. Fortunately, my plucky interpreter, Claire, was at hand to translate my lame questions into Chinese and their answers back into English.

Team Taiyuan is new to cluster competitions, but they immediately figured out that the biggest challenge they face is staying under the power constraint. While the team said they were running eight nodes, I later found that they were in fact running 10 nodes with no accelerators.

In my never-ending quest for more information (and to mess with Claire a bit), my last question was whether Team Taiyuan found Claire to be “cute”. You’ll have to watch the video to see the answer. 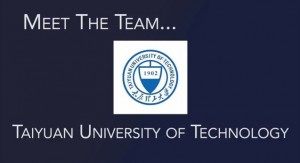 Next up, we spent some time with Team Tsinghua (Tsinghua University), the powerhouse team from Beijing. This is the team that has been there and done that, a three-time participant in cluster competitions. They won the first ASC competition and followed up with an overall championship at the inaugural ISC competition in Germany. The team went on to win ASC13 and was barely edged out at ISC’13 by a plucky underdog team from South Africa. 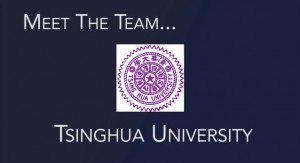 In the interview, we talk about how the team is looking forward to using Tianhe-2 for the 3D-EW application. I attempt to stir up some team dissention with the Tsinghua student spokesperson, but it doesn’t work out very well.

We next talked to Team Ural (Ural Federal University), the sole team from Russia at ASC’14. Marina, the student spokesperson, did a great job in explaining everything they were experiencing for the first time. It’s their first time building a cluster, using Xeon Phi, using a supercomputer, etc. It’s all new and often surprising – but not always in a good way. 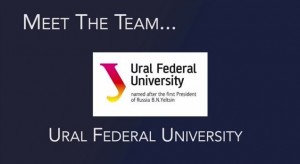 Team Ural was grappling with MPI problems and getting it to work with their Phi co-processors. This is a pretty big deal, since they’re depending on the Phi accelerators (six of ‘em) to provide a lot of the processing punch in their three-node cluster.

We have a good conversation about their challenges and how difficult the competition is this year. We also have a cameo appearance from the Team Ural coach, who talks a bit about her role and her pride in the team. We agreed that while she’s currently proud of her team, she’ll be even prouder when they get the cluster operating as it should. 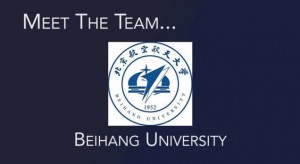 In the video, we talk about how the team is looking forward to running code on Tianhe-2. I also attempt to make a lame joke about them potentially breaking Tainhe-2, but the noise level  and my mumbling make the joke fall very flat. (The room is profoundly loud, although I was able to filter most of  that out.)

But I soldier on, trying to draw out the team with other jokes. I also get a good indication that Team Beihang also believes that my interpreter, Claire, is attractive.

That’s a quick overview of the first four teams at ASC14. In our next batch, we take a look at the veteran teams from NUDT and HUST, plus competition newbies Team Brazil and Team Zhejaing.