This is the fourth and final story giving you a look at the sixteen teams that competed at the ASC14 Student Cluster Competition in Guangzhou, China.

Team Korea (Ulsan National Institute of Science & Technology) is a second-time competitor at ASC. As you’d expect, the first student I talk to from the team is, of course, Spanish. I was wondering if he was actually with Team Brazil but somehow got lost, but no, he’s an exchange student studying computer science in Korea.

The team faced some early problems in setting up their system, but seem to have them handled and are moving ahead. They had a mid-sized cluster, six nodes, but it’s packed with six GPUs to give it more compute heft. 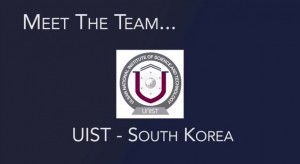 On the GPUs, Team Korea took a different route. Rather than use NVIDIA Tesla K20s or K40s, which are designed for HPC, they went with six NVIDIA Titan GPUs, which are graphics-centric. It’s not an off-the-wall choice. Titan can actually produce more flops than Tesla, but the Titans have half the memory and suck down more power. (Look for a short guest appearance by NVIDIA’s CEO Jen-Hsun Huang in the video.)

Taiwan’s National Tsing Hua University is no stranger to cluster competitions. ASC’14 marks their seventh international supercomputer tourney over the past 12 years. Team Taiwan has put together a formidable competition record with two LINPACK awards and a pair of overall championships. During the first five years of the cluster competitions, every time Team Taiwan showed up, they took home an award. 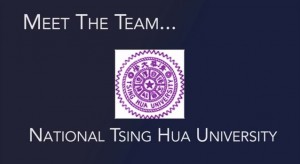 But this Team Taiwan is mostly new to the highly competitive world of student supercomputing. However, they’ve spent months putting together their ASC14 strategy and system plans. They came up with a system that looks to be pretty solid, four nodes with two NVIDIA K40s per node.

(I still have questions about their final configuration. The team said four nodes in the video, but the spreadsheet I have from Inspur says they’re running eight nodes. I also checked their config with one of their coaches, who also said eight nodes.)

Whether they’re running four nodes with 2x K40s per node or eight nodes with one GPU per node, this is a team that knows their way around hybrid computing. Along with NUDT, Team Taiwan was one of the first teams to effectively utilize GPUs way back in 2011. Given their pedigree, it’s a pretty good bet that Taiwan is highly competitive team.

Hong Kong Polytechnic University (Team Hong Kong) was located in one of the noisiest parts of the room, so it took a bit of yelling back and forth to establish clear communications with the team, along with some help from our translator Claire. 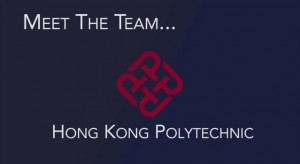 We’re interviewing Team Hong Kong at a tough time. They’re having problems installing their packages and file system. They started using a more complex installation procedure, but later converted to something easier – at least that’s what I understood.

This is the first competition for the team and, like virtually every new team, they’re having their share of problems. But even with their slow start, they believe they have a good chance to finish in the upper echelon of competitors or maybe win the whole thing.

Team Boilermaker (Purdue University) This is Purdue’s seventh student cluster competition, which ties them with Colorado for the team with the most playoff appearances.

While the school has had plenty of experience, none of the students on this edition of Team Boilermaker has competed before. They’re a pretty great bunch of kids and are really enjoying their experience in China. 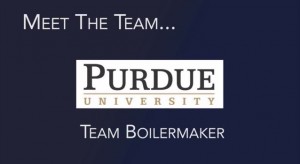 In the video I introduce the team with a dramatic flourish. Dramatic, yes, but in retrospect  not all that funny. Oh well. We discuss the differences between West Lafayette, Indiana and Guangzhou, China (there are quite a few, as it turns out). We also touch on the significant differences between the scale of Purdue University and the entire “educational island” of 10 major universities where the competition is taking place.

Purdue also has a Chinese native on their team, which is definitely a help. He was happy to be in China, primarily for the food. Oddly, he seems to believe that the Chinese food in Guangzhou is superior to what he can get in West Lafayette, Indiana. Go figure.

Our discussion ranges from food to the highly dramatic Chinese TV shows we’ve been watching in our hotel rooms. Good talk, Purdue.

With that, we’ve now met every single one of the sixteen teams competing at ASC’14, phew. In our next reports, we’ll have an up close and personal look at Tainhe-2, the biggest supercomputer in the world, plus an interview discussing the innovative ways this system will be used. We will also spend some time with Lui Jun, Inspur’s GM of HPC. Plus we’ll let you in on the results of the competition and show you scenes from the gala awards ceremony. Stay tuned.